All shaders have been made using Amplify Shader Editor, and thus can be modified using it. Please make sure you are using the latest version from http://amplify.pt/download/ as this can avoid a lot of headaches.

Please note that I cannot provide support for the use of ASE and modified shaders are no longer subject to user support.

The shaders included in the package can be found under the “FAE” section in the shader dropdown list.

This shader is only available for the built-in render pipeline. The Stylized Grass Shader offers a grass solution for the URP and includes this feature 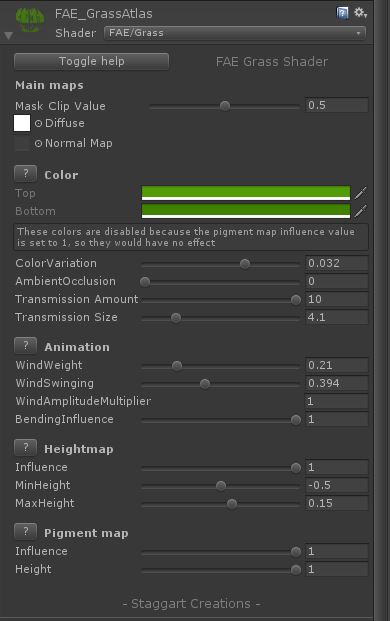 Used by the vegetation. Features color variation through wind, bending, light transmission and wind animations. This can be used for grass as well. 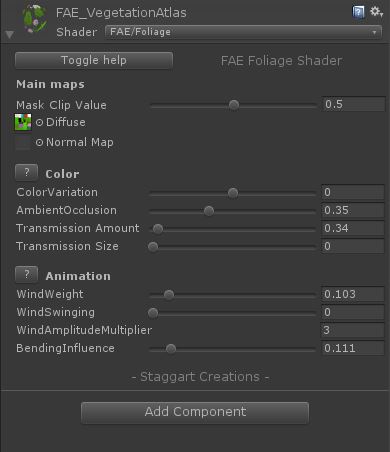 Shader used on the tree branches, which enables wind animation and stylized rendering. 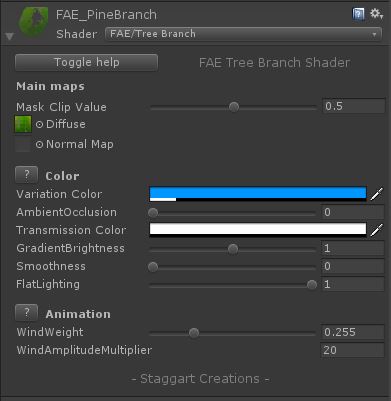 This shader is required on a tree for the global wind motion to work.

Same functionality as the Cliff shader, but with the addition of a coverage feature

Opacity is controlled by a distance factor from the surface, to the camera. Optional texture slot.

Does much of the same as the Sunshaft shader but is tailored to be used with a ParticleSystem. Where the “Color over lifetime” feature can be used to fade out the sunshaft through the alpha channel.

The Directional Light’s color’s alpha channel controls the intensity of the effect.

A simplified version of the Stylized Water Shader, considered to be a “lite” version of the complete package. Limited in functionality and customization.